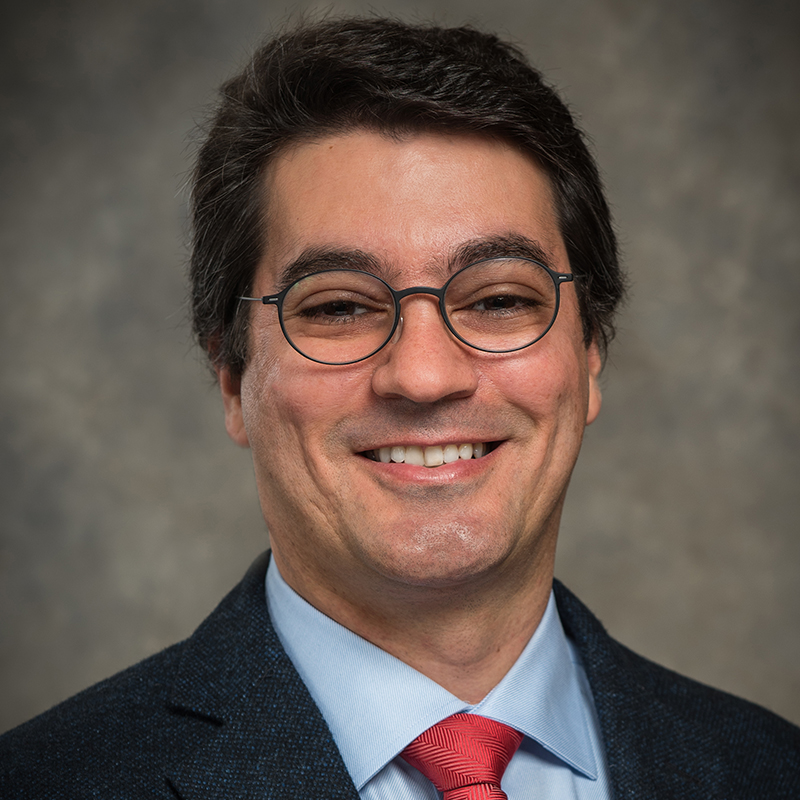 Gustavo Westin is a medical oncologist and hematologist. He joined UCBC in August 2018 after completing his fellowship in hematology and oncology at the Mayo Clinic in Rochester, MN, designated a comprehensive cancer center by the National Cancer Institute. During his training, Dr. Westin had extensive exposure to patients suffering from the most complex blood conditions and types of cancer and became an instructor in medical oncology.

Dr. Westin also conducted clinical research at the Mayo Clinic in gastrointestinal malignancies, with a special focus in neuroendocrine tumors. His research abstracts have been selected for presentations at several national and international meetings, including the annual meetings of the American Society of Clinical Oncology (ASCO), Gastrointestinal Cancers Symposium (GIASCO), European Neuroendocrine Tumor Society ENETS), and the European Society for Medical Oncology (ESMO).

Dr. Westin is from Brazil and is fluent in English, Spanish and Portuguese. He obtained his medical degree at the Federal University of Rio de Janeiro (UFRJ), considered one of the most prestigious universities in Brazil. Dr. Westin completed his internal medicine residency at the Jackson Memorial Hospital-University of Miami and was acknowledged as the best resident in his class. He was also selected to serve as chief resident at the Miami VA Medical Center, where he trained and taught residents and medical students for an additional year. In addition to his clinical training, Dr. Westin also earned a master’s degree in public health with a major in Epidemiology from the University of Texas in Houston.

Dr. Westin is an attending physician at Athens Regional Medical Center, St. Mary’s Healthcare System and Landmark Hospital in Athens, and a consulting physician at Piedmont Walton in Monroe.

He is fluent in English, Spanish and Portuguese. Dr. Westin enjoys spending time with his family and has extensive knowledge about travel and food.

Eight Area Locations to Serve You